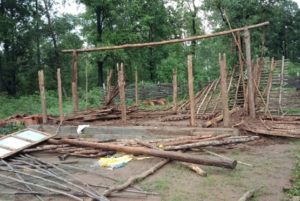 The remains of a church building in Kospundi village, following its demolition on 7 July (World Watch Monitor)

Christian villagers in a rural district of India’s Maharashtra state have been told that one church will be closed down every week because they have been “destroying” local tradition and culture by “luring” others to convert to Christianity.

Since June, over a dozen houses belonging to Christians have been attacked by local extremist groups across five villages within Gadhchiroli district.

Christians in the villages of Halwar, Tekla, Bharagad, Kospundi and Alenga have also been told that if they pursue with Christianity, they will be cut off from local water supplies and will no longer have access to government-subsidized groceries.

The latest incident took place on Sunday, 5 August, in Kospundi, when a local Christian, Gallu Kowasi, was badly beaten by locals demanding he renounce his faith.

According to a trusted local source, the extremists are being “propelled” by the government in the name of a law on self-governing in tribal areas: the Provisions of the Panchayats (Extension to Scheduled Areas) Act of 1998.

Several Christians have received death threats or have been threatened with expulsion from their village, while new converts to Christianity face being ostracized from both their family and local community.

“If one person in the family is converted to Christianity, the rest of the family unites with the village and all of them immediately socially boycott that person,” World Watch Monitor’s source explained.

“The new Christian convert will be given no job in the village and no-one will come to help him with his work. The social boycott is just the start. Thereafter the new convert is threatened constantly to leave his faith; he can be easily attacked and his house attacked.” 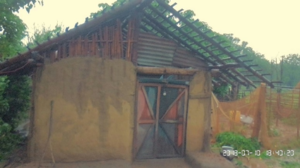 Most of the attacks on Christian homes took place at the end of June in protest at the construction of a new church in Halwar village.

On 27 June, the church construction was forcibly brought to a halt by a mob and a public meeting was called, during which the Christians were told to renounce their faith or leave the village.

Following the meeting, 15 houses belonging to Christian families were attacked.

The Christians of Bharagad village filed a complaint with police, but the authorities took no action. Instead, the Christians later received letters warning them against making any further complaints.

After three Christian families in Koskundi village went to the police, a mob of around 100 people gathered round the police station, demanding the Christians be thrown out of the village.