The Archbishop of Delhi, Anil Couto

NEW DELHI: In a letter written to all parish priests in the capital, the Archbishop of Delhi, Anil Couto, asked for a prayer campaign to be launched and also appealed for fasting on Fridays ahead of the 2019 general elections.

Citing the “turbulent political atmosphere which poses a threat to the democratic principles enshrined in the Constitution and the secular fabric of our nation”, the letter says, “It is our hallowed practice to pray for our country and its political leaders all the time but all the more so when we approach the general elections.” “As we look forward towards 2019 when we will have new government let us begin a prayer campaign for our country,” states the letter.
When contacted, the Archbishop’s secretary, Father Robinson Rodrigues told TOI such prayer campaigns took place before every general election, but the exercise was being politicized this time.

Not referring to any particular regime: Archbishop’s office

The call for prayer for peace and free and fair elections happens before every election. It happened in 2014 and before that too.

Only this time a political colour is being deliberately given to the whole exercise by some people,” Father Rodrigues said.

On the reference to “turbulent political atmosphere,” the Archbishop’s office clarified that the current situation was indeed a cause for concern but “in no way were they referring to any particular regime or party.” “The use of “new government” in the letter is being misinterpreted. After every election a new government is formed whether it is of a new party or a party that may return to office again,” Father Rodrigues said.

The letter, written on May 8, contains an instruction that it should be read at all Sunday mass prayers on May 13. In it, Archbishop Couto requests that “…we observe a day of fast every Friday of the week by forgoing at least one meal and offering our penance and all our sacrifices for our spiritual renewal and that of our nation”.

He also calls for an hour of special prayers — “eucharistic adoration” — every Friday at a convenient time in “all our parishes, religious houses and institutions specifically praying for our nation”. The letter was accompanied with a special “prayer for our nation”, which says, “Let the dreams of our founding fathers and the values of our Constitution – equality, liberty and fraternity – be always held in highest esteem. Let the people of all castes and creeds, all denominations and persuasions live in harmony and peace steering far away from hatred and violence.”

The prayer further says, “Protect our legislature as a place of discerning minds. Raise our judiciary as the hallmark of integrity, prudence and justice. Keep our print, visual and social media as the channels of truth for edifying discourses. Protect our institutions from the infiltration of the evil forces.” The prayer also focuses on the poor and the marginalized, saying, “Let the poor of our country be provided with the means of livelihood. Let the Dalits, tribals and the marginalized be brought into the mainstream of nation building. Let justice and integrity prevail in every sphere of our life.” 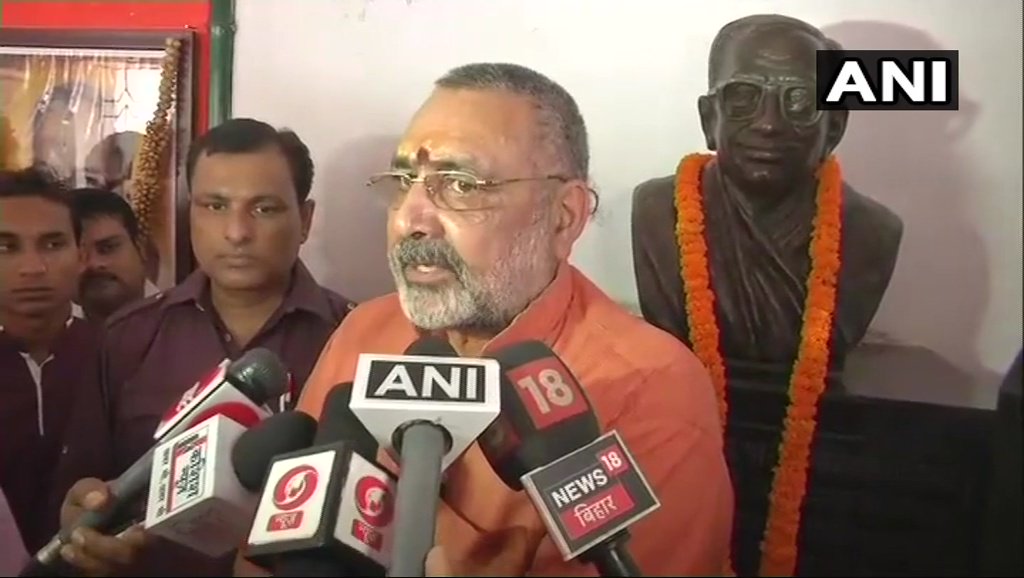 “Every action has a reaction. I won’t take a step that disrupts communal harmony. But if church asks people to pray so that Modi govt isn’t formed, country will have to think that people from other religions will do ‘kirtan pooja’: Giriraj Singh on Archbishop’s letter to priests”.