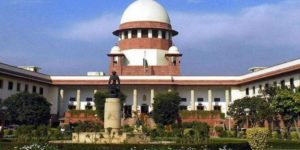 The plea seeks the Scheduled Caste category to be made religion neutral.

New Delhi: The Supreme Court on Wednesday agreed to examine a plea filed by a minority body seeking directions to the government that Christians of Scheduled Caste origin be given the same benefits as Scheduled Castes.

The plea also sought that the Scheduled Caste category be made religion neutral.

“Same thing happens in Islam also. Why should we not hear the matter together? In Islam also there is no reservation,” the bench, also comprising justices B.R. Gavai and Surya Kant, observed while seeking the government’s response in two weeks and tagged the matter along with a similar issue.

“Allow and extend the Scheduled Castes status to Christians of Scheduled Castes Origin for availing special privilege in education, scholarships, employment, welfare measures, panchayat elections, legislative assemblies up to Indian Parliament and for availing the legal remedy/protection under Scheduled Castes and Scheduled Tribes (Prevention) of Atrocities Act, 1989 amended in the year 2018,” the plea said.

The plea, filed through advocate Franklin Caesar Thomas, said that a Scheduled Caste person professing a religion different from Hinduism, Sikhism and Buddhism cannot be deprived of the benefit of Paragraph 3 of the Constitution (Scheduled Castes) Order, 1950.

The plea said that change in religion does not change social exclusion and caste hierarchy continues to hold fort within Christianity even though the religion forbids it.

It said that this restriction was against the fundamental right to equality, religious freedom and non-discrimination.

source : thewire.in
DISCLAIMER:
Persecution Relief wishes to withhold personal information to protect the victims of Christian Persecution, hence names and places have been changed. Please know that the content and the presentation of views are the personal opinion of the persons involved and do not reflect those of Persecution Relief. Persecution Relief assumes no responsibility or liability for the same. All Media Articles posted on our website, are not edited by Persecution Relief and is reproduced as generated on the respective website. The views expressed are the Authors/Websites own. If you wish to acquire more information, please email us at: persecutionrelief@gmail.com or reach us on WhatsApp: +91 9993200020