Counterview Desk
Is the United States all set to make the alleged lack of religious freedom in India a major plank during future negotiations? Not only has US Secretary of State Mike Pompeo touched upon this  during his recent visit to New Delhi, insisting upon the need to “speak out strongly” in favour religious freedom.

Two recent US government-sponsored reports have taken strong exception to the Foreign Contribution Regulation Act (FCRA) and state-level anti-conversion laws being misused to “undermine” religious freedom.
Released last week by the United States Commission on International Religious Freedom (USCIRF), its annual reportfor 2019 wants the Donald Trump administration to impress upon India to “ensure” that the Foreign Contribution Regulation Act (FCRA) and state-level anti-conversion laws are “not used discriminatorily to target international missionary and human rights groups.”
Earlier, in November 2018, another report by USCIRF, “Limitations on Minorities’ Religious Freedom in South Asia”, asked the US Embassy in New Delhi to “expand its efforts to raise the issue of anti-conversion laws, which are proliferating across the country and exacerbating the deteriorating nature of religious freedom”, underlining that it should work for “repealing state-level anti-conversion laws”. 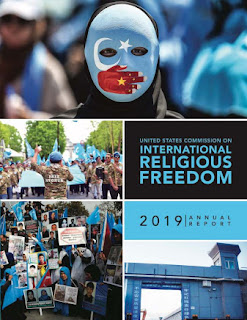 Excerpts from the Annual Report:

In India, state level anti-conversion laws prohibit conversion based on force, allurement, inducement, or fraud; however, some contain such broad definitions that they can be inter- preted as prohibiting any kind of conversion, whether consensual or not.
Anti-conversion laws have gone into effect in seven states: Odisha, Madhya Pradesh, Chhattisgarh, Gujarat, Arunachal Pradesh, Himachal Pradesh, and Jharkhand. In some states, anyone engaged in conversion must register with local government authorities.
In 2018, anti-conversion laws were enforced pre- dominantly against Muslims and Christians engaged in proselytization and also limited the freedom of religion or belief of others to discuss, consider, and ultimately convert to other religions.

Also, religious minority leaders and adherents faced intimidation and arrest under the guise of anti-conversion laws. For example, in May 2018, authorities arrested 11 people for conducting a group prayer in a home in Jharkhand, and four others were arrested nearby after locals complained about the group conducting a Christian marriage ceremony.
Two months later in the same state, 25 Christians were arrested due to accusations of induced conversion after they conducted a group prayer at the home of a Christian. While nine were released, the remaining members of the group were charged under Jharkhand’s anti-conversion law and remanded to judicial custody while their charges were prosecuted; these cases were ongoing at the end of the reporting period.
In 2018, the media dedicated significant coverage to inflammatory allegations of an organized campaign to coerce Hindu women to marry Muslim men and convert to Islam. In March 2018, the Supreme Court of India set aside a 2017 decision by the High Court of Kerala that had annulled the marriage of a woman by the name of Hadiya; originally from a Hindu family, Hadiya converted to Islam and married a Muslim man in 2016.
The Kerala High Court determined that she had been subject to an organized coercion campaign. The Supreme Court reversed and upheld the marriage after being satisfied that she had freely granted consent.
The Hadiya case prompted the National Investigation Agency (NIA), India’s national counterterrorism investigative agency, to launch an investigation into the existence of a coordinated campaign to force women to convert and marry. In October 2018, the NIA concluded, after numerous investigations, that there was no evidence of such a campaign.
Some Hindutva groups have sought to convert those born Hindu who had converted to another faith back to Hinduism through “homecoming” conversion ceremonies (ghar wapsi). In some cases, these conversion ceremonies reportedly involve force or coercion.
There continued to be reports of such ceremonies in 2018, although their number and nature were impossible to confirm. For example, in April 2018, a Hindutva group was alleged to have physically assaulted a Dalit man in Uttar Pradesh who had recently converted from Hinduism to Islam and, according to reports, forced him to undertake ghar wapsi to convert back to Hinduism.
… Hate crimes and incitement to violence directed at religious minority communities remained a prevalent threat in 2018. As one example of the communal violence towards Muslims, in April 2018, during an annual Hindu festival in West Bengal, Hindutva extremists taunted Muslims and used anti-Muslim rhetoric. At least four people died during the ensuing communal clashes.
Christians have reported threats to their safety over the past year, as well as increased discrimination and unfair treatment directly related to their religious identity. Various research groups affiliated with Christian churches found an increase in hate speech and hate crimes against Christians across the country, especially in northeastern states, where the Christian community has grown in recent decades.
Throughout August and September 2018, authorities arrested several Christian pastors in Uttar Pradesh, some during church services and prayer meetings, while mobs attacked and threatened others. Some of the pastors arrested were accused of alleged conversions.
In one set of simultaneous attacks in October 2018, Hindutva extremists issued threats against four churches in the state of Tamil Nadu. Church worshipers were subject to public hate speech, attacks on their church structures, and threats issued to the church’s leadership. In December 2018, a mob attacked a small community church in Maharashtra’s Kolhapur district, leaving many injured just before Christmas.
… Several international groups — some with missionary and human rights portfolios — have been prohibited from operating in India since the Foreign Contribution Regulation Act (FCRA) of 1976 was updated in 2010. Under the revision to the law, the government can shut down any internationally funded NGO engaged in “any activities detrimental to the national interest.”
The government has also used this provision to shut down thousands of international NGOs since 2014; some reports estimate that 20,000 NGOs have been denied licenses to operate or continue operations.
The process by which NGOs have to apply for certification lacks transparency, and NGOs who have been denied operational licenses often cannot obtain explanations for the denial. The NGOs were often targeted for political reasons, however, non-Hindu religious organizations were also targeted.
In November 2018, the Indian government demanded that 1,775 organizations provide further explanation for their failure to submit use of foreign funds over the last six years; these organizations included many non-Hindu religious groups, some Hindu trusts managing major temples, and secular human rights groups.
Some among the Hindu population — including some Hindutva extremists — perceive Christian missionaries converting Dalits to be particularly threatening, as there are nearly 200 million Dalits in India.
Many observers assert that it was this fear of mass conversion that led to the 2017 shutdown of Compassion International, a US-based Christian charity, which provided services to nearly 150,000 Indian children. Compassion International hopes to reopen operations in India in the future, though this may prove difficult considering the way the FCRA has been applied against Christian groups. 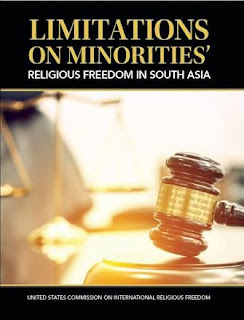 Excerpts from the Nov 2018 report:

Accusations, especially from Hindutva supremacist groups, of induced or fraudulent conversions are rising in India. Further, political leaders belonging to parties like the Bharatiya Janata Party (BJP) have accused certain international faith-based NGOs of conditioning the distribution of aid on the conversion of the recipient. Yet, governmental agencies have not reported the exact number and nature of so-called “unethical” conversions.

Sign up to receive Persecution Relief Daily News
While Amit Shah, the party-president of the BJP, has argued in favour of national laws criminalizing conversions away from Hinduism, the right to pass such laws remains constitutionally vested in the states under India’s federal constitutional system. Based on this division of power, several state legislatures have passed anti-conversion laws, with Odisha’s and Madhya Pradesh’s laws dating back to the 1960s.
The second wave of anti-conversion laws, entitled “Freedom of Religion” laws, came in the 2000s, with states including Himachal Pradesh, Gujrat, Chhattisgarh, Rajasthan, and Tamil Nadu adopting them. Since then, the state of Jharkhand adopted an anti-conversion law in 2017 and Uttarkhand’s legislature is considering the adoption of a similar law in 2018.
The details of these laws differ, but they all share some general shortcomings:

Outside of anti-conversion laws, other legal provisions have also been used to discourage members of the Dalit community from converting away from Hindu- ism. For example, Dalit rights groups have reported that the afrmative action benefts guaranteed to Dalits through the constitution and other laws are no longer practically accessible after a Dalit converts to a non- Hindu religion like Christianity or Islam.
… Parliament passed the Foreign Contributions Regulation Act (FCRA) in 2010 and the BJP-led administration amended the rules in 2015. Since then, reports indicate that thousands of NGO licenses have been canceled in the country.

The UN Special Rapporteurs on freedom of expression, freedom of association, and human rights defenders have all stated that the FCRA is being used to attack groups that are challenging the ruling admin- istration’s performance on human rights.
In relation to faith-based NGOs, several have reported facing complications and limits on their foreign funding due to FCRA enforcement. Compassion International, a Christian INGO that reportedly served nearly 145,000 children with 500 projects in India over nearly 50 years, closed its operations in 2017 after the government blocked its foreign funding.
… In India, the U.S. Embassy in New Delhi should expand its eforts to raise the issue of anti-conversion laws, which are proliferating across the country and exacerbating the deteriorating nature of religious freedom. The US Embassy should continue its concerted effort to meet with religious minority groups to gather information on the nature of persecution faced by non-Hindu groups under the anti-conversion laws.
The U.S. Embassy should also expand contacts with parliamentarians at the state level where anti-conversion laws are enforced. Further, the US Embassy in New Delhi should engage with the relevant government min- istries in order to address methods of: