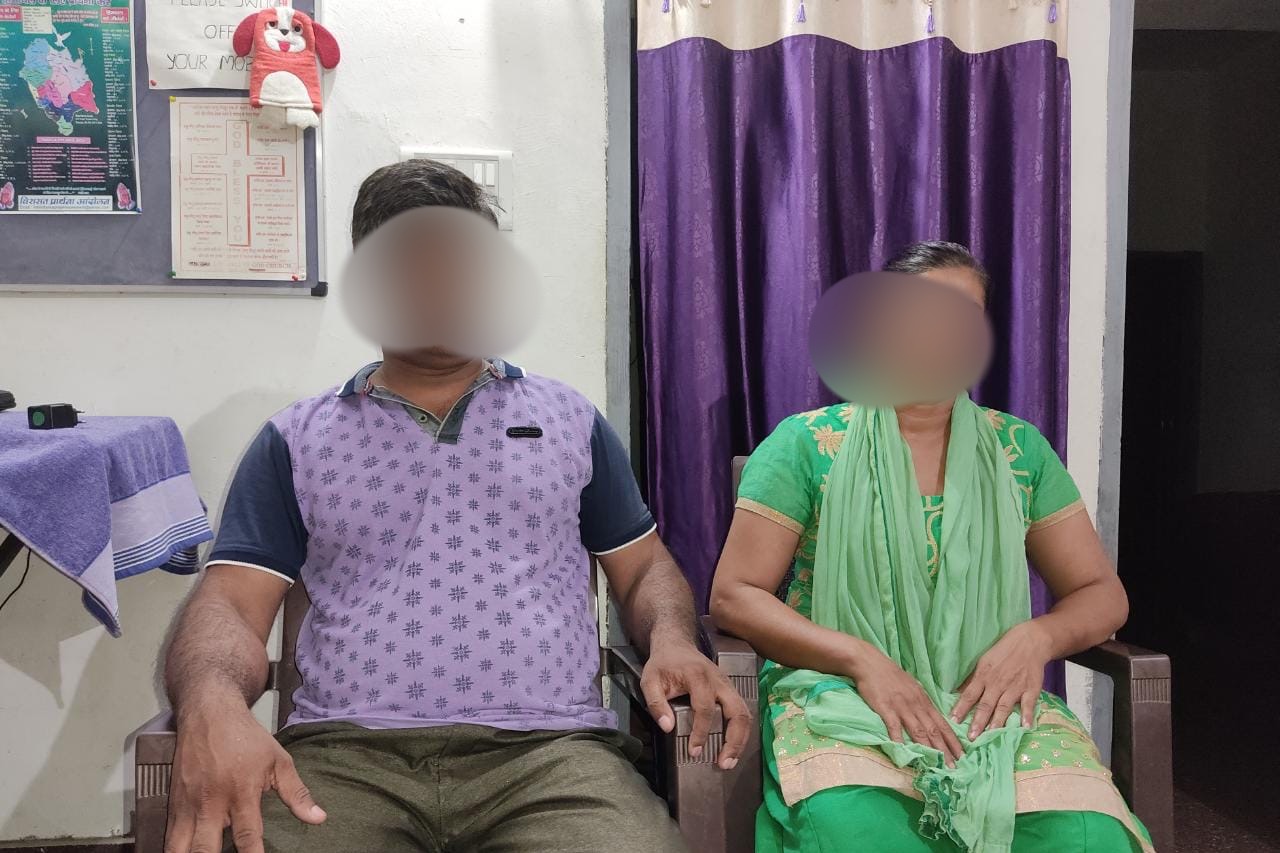 A mob of religious extremists severely assaulted a Pastor and his wife in a village named Pinjore in the Panchkula district in Haryana, India. Rev. T.J. Samuel called the Founder of Persecution Relief to alert him about this incident. Without wasting any time, the Founder called the Assistant Commissioner of Police, Shri Ramesh Gulia, HPS, ACP Kalka, who promised us that he would look into the matter immediately.

On the 14th of June, a Christian family living in Pinjore requested Pastor Tomy Joseph and his wife, Veena to visit them. Within 5 minutes after reaching the home of the believer, a mob of over 50 people gathered at the house and began to question the purpose of his visit. They then began to abuse us and threatened us to leave immediately” said Pastor Tomy.

“The village head-man and the local Municipal Corporation leader were soon informed and reached the scene. Assessing the situation, he instructed them to leave as soon as possible so that the situation wouldn’t get worse.” The Pastor further explained that the mob demanded that he ask for forgiveness from the villagers. To which he replied, “Since you are asking me to leave and never return, I will do as you request, but why are you asking me to say sorry to you? What wrong have I done to you?

Hearing the Pastor’s response, the mob quietened down but as soon as he and his wife got on his motor bike to leave, the mob surrounded and attacked them. Pastor Tomy explained that some women ran to help his wife and pulled her away from the raging mob and hid her inside, while the Christian family in that village somehow rescued him and escorted him to safety.

“The members of the Christian family, who are the only Christians in that village, then attempted to calm down the furious mob and tried to compromise with them, but by then, a large mob armed with sticks and swords had already gathered and surrounded the house. Sadly, even they were not spared and the mob began to beat them up too.” Said the Pastor.

As narrated to Persecution Relief, the Municipal corporator then called for the mob to simmer down and requested the Pastor and his wife to come out, promising that no one will harm them. “Please leave and don’t ever come back to this village” the corporator instructed them. The Pastor and his wife who were already terrified and shaken by the ordeal, fearfully made their way out of the believer’s home while the mob maliciously watched them.

As the couple got on their motorbike and attempted to leave the village, the mob went into a frenzy again and attempted to nab them. In an effort to save themselves from the furious mob, the Pastor quickly started his bike and made a narrow escape, so much so that a few goons managed to pull off the Pastor’s wife’s dupatta(stole) off her body.

To their shock and disbelief, the mob got on to motorbikes and began to follow the couple, hurling slogans and wielding swords and sticks at them. Pastor Tomy said that the mob rode besides him and were trying to push him down while threatening to burn him and his family.  Almost half-way home and to his relief, he recognized Pastor Binoy and Pastor Rajeev approaching him in the opposite direction. He had informed them about the attack while he was taking refuge at the believer’s home.

“With great difficulty we took the Pastor and his wife and kept hiding while riding into different by lanes and narrow pathways, ultimately managing to give the mob a slip and reach the Pastor and his wife home to safety.” Said Pastor Binoy who also described the mob as a ‘group that were shouting religious slogans and wearing similar clothes and tikas on their foreheads with swords and sticks in their hands.’

The Pastor has sustained severe injuries from the attack. He is presently recuperating at a safe place. “My suffering is definitely not greater than what Christ has suffered for me, even if I have to face persecution again, I am ready to endure it for the sake of the gospel.” Said Pastor Tomy.

Pastor Shalu, Pastor Rajeev, Pastor Ravi, Pastor Romi were amongst the many Pastors who immediately rushed to Pastor Tomy’s aid after the ordeal. Pastor Philemon who was with Pastor Tomy after the attack said that he is in great pain and struggling to converse. However, the Pastor, his wife and his two little children Sneha and Jeshua are showing great courage during this challenging time.

The local authorities including the local MC and Shiv Sena group have addressed the issue and have proclaimed that they have no involvement in this hate crime.  They have demanded a probe into this case as Pastor Tomy has a good reputation in that vicinity and is well known for his good works in that community. They have also said that necessary action should be taken against the perpetrators as Pastor Tomy is a good man.

Back at the Pinjore village, the Christian family is being terrorized by local fanatics who are threatening to burn them and their homes and kill them along with the Pastors family.

As soon as Rev. Shiju Philip and Reji George, the state heads of Persecution Relief, were informed about the attack, they drove down to visit the family and spent time praying for and encouraging Pastor Tomy, assuring him of all our support as he recovers from his pain.

“I believe that God has saved Pastor Tomy Joseph and his wife. The plans of the enemy failed to bring greater harm. I thank the local Pastors who immediately rushed to the Pastor’s aid and gathered at his residence. Many other well-wishers have also offered help and support” exclaimed Pastor Philemon, the Panchkula local coordinator of Persecution Relief.

Speaking to Persecution Relief, Pastor Tomy has decided to forgive those who persecuted him and his wife and have decided not to file a police complaint against them.

This is yet another example of extreme hostility, biasedness and hatred towards the Christian Community. This crime raises many questions. What motivated the mob to give such a dangerous demonstration of rage and hatred?  In what comes across as a premeditated and deliberate attack on the Christian minority, not only was the mob ready and prepared to take charge but they were also equipped with weapons which could cause a loss of life as well.

Rev. T.J. Samuel expressed his grief and dismay while briefing us about this incident. Being in the mission field for many years, he spoke with great concern while carrying a heavy burden for the persecuted church in India. With the growing intolerance against Christians in India, we are in desperate need of Pastors like Rev. T.J. Samuel and many others who will stand and support Persecuted Christians in spirit and in Truth. The time is right for the Church in India to rise as a body, consolidate and brace ourselves as we walk into the future raising the banner of Jesus Christ high over our nation.

We request the Church to pray for God’s protection and healing over Pastor Tomy, his family and the Christians in Pinjore village. Pray against any form of discouragement. Pray that the religious extremist would not harass them or any other Christians in the future. That they would have a genuine change of heart and leave their evil ways.

In the first quarter of 2020, 6 hate crimes against the Christian community were recorded while this is the second case of Christian persecution recorded in the month of June itself.

In 2019 we have recorded 199 incidents related to Threats, Intimidations & Harassments against Christians, 104 incidents of Church attacks, 85 incidents of Physical Violence reported which includes Women & Children, 100s of House Churches were forcefully closed down by Religious Fanatics and the local administrations.

US Commission on International Religious Freedom (USCIRF) ranked India’s persecution severity at “Tier 2” along with Iraq and Afghanistan. Over the past seven years, India has risen from No. 31 to No. 10 on Open Doors’ World Watch List, ranking just behind Iran in persecution severity.