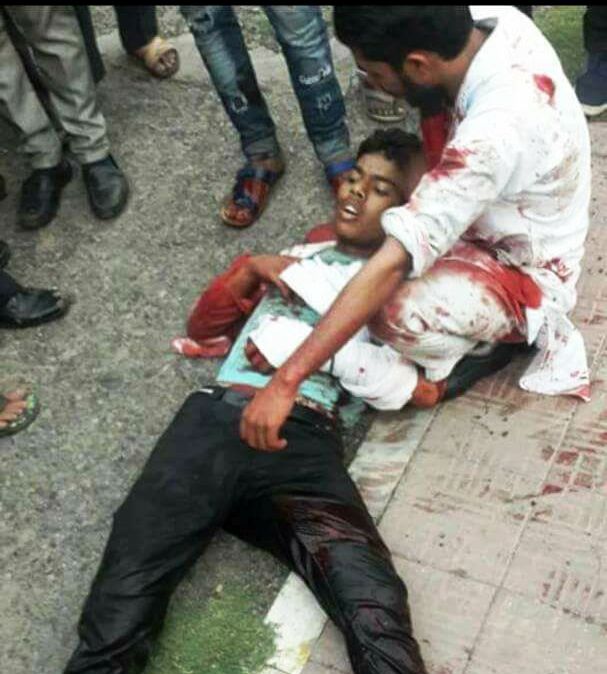 India is witnessing a national crisis of mob lynching for last few years. The term ‘mob lynching’ was unheard until the national media began reporting the incidents from some part of the country. The politicians turned the issue politically, while the numbers of civil-society organizations and activist blaming the ruling government responsible.

The Dalits were lynched because of being born low caste, Muslims are lynched for the religion they belong, and young men and women lovers are lynched in the name of Love Jihad and Christians in the name of conversion. These have been going on for a long time without any directive to curb the challenges.

The Supreme Court of India had to order a directive for Indian government to enact a law to stop the menace of the mob-lynching crisis. A Supreme Court bench, headed by the former ChiefJustice Dipak Misra termed the mob lynching “horrendous acts of mobocracy” and directed the Indian Parliament to bring a stern law to stop the crimes.

The top court of India gave the order eight months ago and it seems least bothered by all the states, including the states like Uttar Pradesh, where most of these incidents took place. But Manipur my home state under Chief Minister N Biren Singh wasted no time and brought the Manipur Protection from Mob Violence Ordinance 2018 on November 19 within four months from the time top court directed.

Having said this, CM N Biren Singh’s bill to protect people from mob violence, was it in the context of the call from India’s top court? If not, why then when the whole nation did not bother making the law in their states, what necessitated for the state of Manipur to bring this law?

I will term the bill passed by the state of Manipur as a politically motivated law for non-politically motivated nature of violence. The Supreme Court’s call for Indian government to bring the law was in response to the religious fanatics’propaganda of carrying out the mob lynching on selective communities, namely to Dalits and Muslims, or at large to women and the Christian communities.

The mob violence that the state of Manipur suffers is not the politically motivated mob violence. Neither it is in the nature of the religious fanatic nor the communal in nature, except few cases reported at recent times. Otherwise, the state of Manipur has a very bad practice of community-based mob justice. This is not restricted to any particular communities, religion, or tribes. It happens to anyone, irrespective of community, religion or tribe.

If a married woman is caught of having a marital affair with another man, the mob will shave off her head publicly. She will be forced to marry the man. In the case of theft, the mob will brutally beat him or her. If a man or woman caught in a criminal case, the entire villagers would set the house on fire; they will be chased out from the village. Many a times, the law enforcement agents will not interfere in the matter, fearing the mob retaliation.

The situation in the hill area of Manipur is altogether a different story, where the majority of people are tribal, and they have the tribal customary laws, which are upheld by the constitution. The customary laws cover and justify any form of mob justice.

Politically Motivated Violence with Political Lack of Will

The reason why the anti-mob lynching bill enacted by the government of Manipur is not right one for the rest of the country to adopt, I have mentionedbthat the Manipur Government’s anti-mob lynching bill is politically motivated law for non-politically related violence. The challenges in the states like Uttar Pradesh and other states, where the high number of mob lynching is related to the religious fanatics, who target the some particular group of communities. These are seen politically motivated or exempted.

The Supreme Court of India gave the order on July 2018, almost eight months now and no state except Manipur came up with the bill. This shows the lack of political will to address the issues and challenges, which are politically related.

The bills for other states will need to include the clauses defining the religious, and community-based mob violence, which are missing in the bill passed by Manipur Government.

The way, the Manipur Government attempted by bringing the bill was with political ambition. The ambition was to show their loyalty to the political masters. Therefore, no lost or gain politically by enacting the Manipur’s anti-mob lynching law. Definitely, the people of Manipur will benefit.

The content of the bill is good one as per as the non-politically motivated or non-religious fanatic related mob violence is concerned. However, the incident before enacting this law was the incident of a Muslim man lynched by a mob in Manipur that became an issue for the government to bring this law.

The Meitei Christian minorities in the valley have faced numbers of mob violence over the last twenty years and some of them are very serious in nature. Therefore, the Manipur Protection from Mob Violence Bill 2018 will need to include clauses covering the nature of violence related to the religion and the community.

Hope the Manipur Protection from Mob Violence Ordinance 2018 will implement to stop the challenges of mobocracy the state has been facing for years.

Madhu Chandra is National Secretary of All India Confederation of SC/ST Organisations based at Hyderabad.