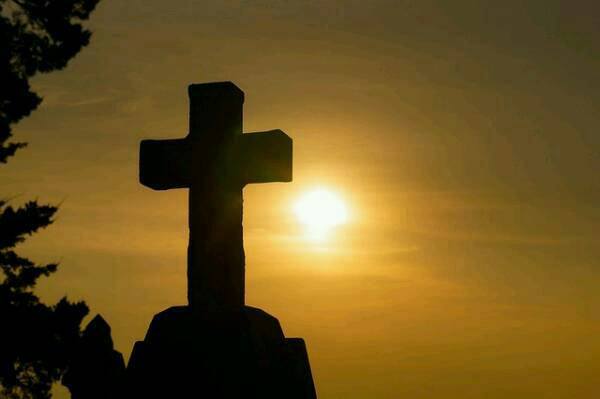 Year 2020 began, as every New year does with the promise of hope and possibilities. It soon turned into a nightmare. COVID- 19 ravaged our world. Even the mightiest nations on earth have felt the chill of 350,000  dead in nations such as the US. But with far fewer dead,  India still suffered possibly its worst social impact. It ruined the lives and livelihood of over 1,000 million marginalised and vulnerable Indians. These toiling and  exploited Indian  citizens have a historic resilience and a spirit strengthened and not broken in struggle and will spring back to a better life.

Our hope is rooted in our belief that the rest of the country, its government at the centre and in the states, and its institutions have learnt lessons. When governance failed and institutions let down the people, including the migrant labour trudging back home from closed factories, were helped by common people roused  by the misery and pain they saw in the images on their TVs and social media. Religious groups,  healthcare workers and youth risked their lives to provide the much needed relief.

But more than the pandemic, 2020 is also seared in our memories for the corporate driven, , undemocratic, authoritarian, and anti-poor government unleashing one policy and program after the other to grievously injure the Constitution and ethical governance. In  cold blood, this encouraged targeted hate which often resulted in violence against minorities and the poor, often leaving many dead in its wake. The 2019 protests against Citizenship Amendment Act, and National Register of Citizens (NRC) were crushed in the COVID-19 curfew. Ministers and politicians spewed political venom. Police impunity reached heights not known in the past.  The climax is the series of ordinances by several states in the strange dog-whistle name of Love jihad which target Muslim men, robs Hindu women of all agency, and puts fear in the heart of the women, Christians, Tribals and Dalits.

In between terrorising students and youth governments jailed brilliant scholars and ageing activists, many critically ill,  on charges of treason, using courts to keep them in jail without bail.  But in the year, 2020, the government enacted ordinances and framed policies without any debate inside and outside the parliament and when the citizens were grappling with the deadly pandemic.

Long term damage to the citizens is done by the National Education Policy, FCRA Amendment Act, Environmental Impact Assessment, 3 Labour Ordinances and 3 Farm Ordinances. The tillers of the soil are forced into an unequal equation  with national and international corporate sector. Farmers from across the country have laid siege of the national capital, demanding that the government  repeal the rapacious laws. Democratic and secular forces  stand in unity with the farmers in what they see is a common struggle to wrest back democracy. Though the  government and crony media has blacked it out, alternate people’s media is carrying the message to the remotest villages of the country.

The farmers’ agitation also reminds the people of what the government failed to do by way of  reforms in Education, Electoral processes, Ecology,  Labour laws, Judicial, Police and Prison systems. The closing days of this forgettable year offer an opportunity to us, the Indian Christian Community, to recognise  our constitutional and religious responsibility the emerging India. We are called upon to respond in actions based as much on Gospel as on constitutional values. To be able to do that, we would necessarily have to understand the multiple, and multi-layered crises we face as a community and as a people. The issues are both external, and within the community.

Some of the External Crisis: denial of the constitutional rights of women, Children, Dalits, Tribals, most backward castes and minorities, aggressive monoculture, market-led wants, corporate-driven economy, donor-driven development, fundamentalism and fascism, breakdown of family, cultural and moral values, and poverty amidst plenty. A vast majority of people are on the move and have become migrants and refugees and not citizens, the increasing technology results in insecurity which is aggravated  by diminishing opportunities for educability and employability for a major segment of youth from rural, marginalized and excluded communities. This augurs a disordered and disintegrating nation and an undemocratic, authoritarian and autocratic regime.

Some of the Crisis within the Church: heightened clericalism and patriarchy, sexual abuse crisis, aggressive pursuit of consumerism, careerism and individualism, often uninspiring and weak leadership which encourages cronyism and mediocrity, caste, ethnic and regional, denial of proportionate representation and participation of the Dalit Christians, and insensitivity to the struggles of the Tribals. A singular lack of meaningful planning and implementation, monitoring and evaluation, deficiencies in competence, commitment, passion, and creativity in mission remain the order of the day. It is a long list, and every member of the clergy, religious or lay person will recognise her and his experience in one or more of these.

Emerging India and the crisis within the Church demand a positive and proactive response from the Christian community. We were silent spectators, barring. few examples and instances,  in resisting the Emergency in 1975, implementation of new economic policy in 1991, demolition  of the Babri Masjid in 1992, enactment of draconic laws like TADA, POTA, UAPA, etc., and imposition of CAA, NRC, NPA, National Education Policy, FCRA Amendment Act 2020,  etc.

Now it is do or die.

The Indian Church cannot remain a mute spectator, nor pretend to be safe. If we fail the nation, our fellow citizens may  not stand by Indian Christians when we and our identity face an existential threat from fascist, authoritarian, and autocratic governments.

Some Possible Internal Programs of Actions are:

Some Possible External Programs of Actions are:

We the undersigned share this statement with you seeking your endorsement, and to invite you to be part of this enterprise.