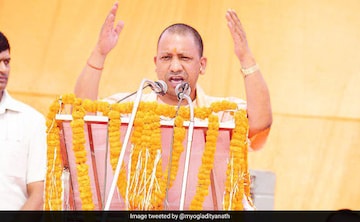 His “Italy se ayatit saudagar” remark was a veiled reference to the origins of Sonia Gandhi.

Attacking Congress for appeasement of “minorities”, Mr Adityanath said the “anti-national activity of religious conversion” reached its peak when the party ruled the state.

“The Hindu society offers milk even to snakes despite knowing that it might bite later. Hindu is the greatest society of the world because we always believes in sacrifices. We Hindus never believe in forced conversion like others. We need to establish a government that can establish a Ram Rajya in Chattisgarh,” he said.

“There were no roads, education, electricity and ration for the poor but ‘Italy se ayatit saudagar’ were indulging in religious conversions, which Judeo foiled,” he said.