Indian bishops of Jharkhand react to harassment of Christian NGOs 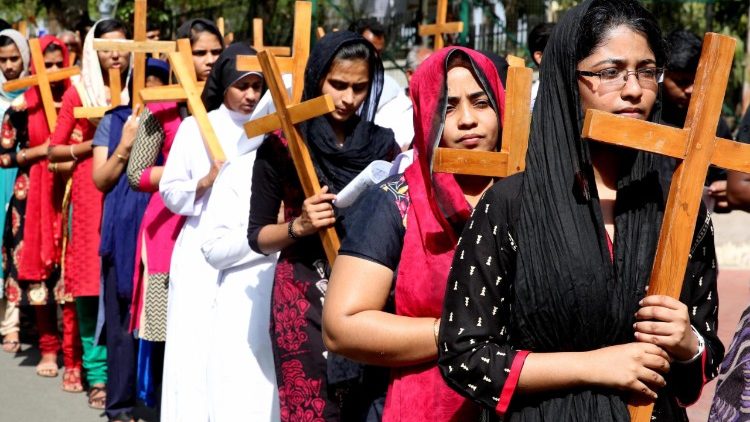 Christian organizations in India are engaged in works of mercy and social development, especially in the fields of healthcare and education.   (ANSA)

Indian bishops of Jharkhand react to harassment of Christian NGOs

The bishops of eastern India’s Jharkhand state delivered a memorandum to the governor complaining that all Christian NGOs are being harassed and persecuted following a baby-selling scandal in a Christian center.

The Catholic bishops of the eastern Indian state of Jharkhand have sent a memorandum to the state governor saying Christian non-governmental organizations (NGOs) are neither illegal nor dens of terrorist.

The Jharkhand Regional Bishops’ Council (JRBC) made the memorandum public on July 29 at a press conference.

The bishops were reacting to harassment and close scrutiny that Christian organizations and operations are facing in the hands of state authorities after a baby-selling scandal was recently uncovered in a home for unwed mothers run by the Missionaries of Charity (MC) nuns in Ranchi.

Earlier on July 27, the delegation of bishops, led by Cardinal Telesphore Toppo, retired archbishop of Ranchi, delivered the memorandum delivered to Jharkhand Governor Draupadi Murmu.  They complained that all Christian associations are being subjected to investigation, saying they have become the target of discrimination “just because they are Christian”.

The bishops pointed out that all Christian NGOs have been registered under the Foreign Contribution (Regulation) Act (FCRA) and have submitted audit reports to the federal Home Ministry and have filed income tax returns regularly which have been verified by the federal government with permission granted, details of which are available on government websites.

A blanket investigation of all NGOs merely because they are Christians, is unjust, unfair, illegal and against natural justice, the bishops said.

Stating that Christians are a peace-loving community in the service of the people, the nation and the poor, the bishops of Jharkhand urged the governor to make it possible to carry out their work without harassment.

Later, at the press conference, JRBC secretary general Bishop Theodore Mascarenhas pointed out that by involving the Anti-Terrorism Squad (ATS), the state government was perhaps trying to show that the officials of Christian organizations are terrorists.

“Christian organizations are not alone in receiving foreign aid under FCRA. Why have other NGOs been spared?” he asked.

Since the creation of Jharkhand state in 2000, the Hindu nationalist Bharatiya Janata Party (BJP) has been in power 4 times, including the current government of Chief Minister Raghubar Das.   (Source: AsiaNews)