India 10th Most Dangerous Country to Live in for Christians: Report

India has 83% persecution points and sits between Iran and Syria on the list.

London: Political rhetoric and ambiguous interpretations of the Freedom of Religion Acts (or “anti-conversion” laws) are responsible for the high rate of Christian persecution in India, according to the UK-US-based monitoring group Open Doors that publishes an annual World Watch List of 50 countries where it is most dangerous to live as a Christian.

In 2019, India ranked tenth – a first in the history of the list in over two decades. Dr Matthew Rees who authored the report told The Wire that “India has been going up the list rather steadily for the past five years” and can now be classified as a country with extreme persecution. Approximately 64 million Christians live in India but constitute less than 5% of the total population of 1.3 billion.

This report is based on the data Open Doors collects annually through an extensive survey in 75 countries. Church leaders and other community volunteers administer questionnaires to Christians in their regions and then send the data to Open Doors offices in the Netherlands and North America, where researchers collate it to obtain a quantitative figures for persecution in each country.

The ranks are obtained by analysing the following:

One of the factors that pushed India higher on the list is the “toxic narrative around this idea of the connection of Hinduism and being Indian,” says Dr Rees, adding that it is visible not just “from the extreme end of the RSS movement, but is also creeping into the language of the elected politicians and officials.”

The report mentions how the President of India, Ram Nath Kovind, famously described Christians and Muslims as ‘foreigners of the nation’ in 2017 when he was the Bharatiya Janata Party spokesperson and Ashok Singhal, the leader of the Vishva Hindu Parishad, declaring the BJP-led alliance in 2014 as the beginning of  a revolution that would turn India entirely Hindu by 2020.

Dr Rees is not hesitant to admit that research findings show that the increase in Christian persecution “is connected to the BJP party.” “When influential people use this language, it filters down to the rest of society and we think that is playing a big part in the mob violence and social ostracism,” he says. The report mentions how Christians in five villages in Gadchiroli district in Maharashtra faced mob violence and discrimination in August 2018 where ‘their faith was seen as a threat to that community’s wider Hindu identity’.

He adds that a “big factor is the Freedom of Religion Act or ‘anti-conversion’ legislation” that is in force in eight states – Arunachal Pradesh, Odisha, Madhya Pradesh, Chhattisgarh, Gujarat, Himachal Pradesh, Jharkhand, and Uttarakhand. Data obtained by Open Doors shows that violence against Christians is higher in some of these states.

Open Doors’ data revealed that of the 16,000 violations, religious leaders were often accused of conversion activities when they were taking part in simple religious activities like prayer meetings or even marriages, which mobs would disrupt and report to police as a conversion activity. According to Dr Rees, legislation around ‘anti-conversion’ needs to be better defined. 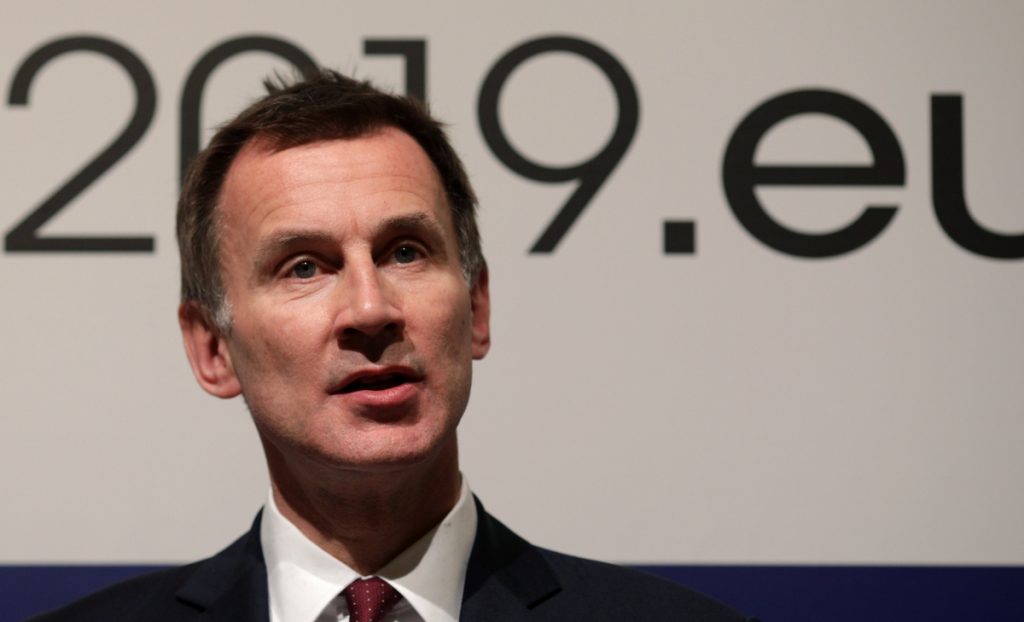 “We don’t want to accuse the police of always being complicit; there are examples where the police are simply unsure about what to do. But we also have examples of the police taking part in beatings when Christians are taken into custody,” said Dr Rees, highlighting that Indian Christians face double persecution – based on religion and caste/class –  as almost 70% of Christians are Dalits.

Open Doors works with governments in the UK and US to lobby for changes in countries like India through diplomatic channels to highlight the plight of Christians and facilitate changes in laws and policies that protect minority communities. There are two main policy changes that they recommend.

The first is the inclusion of Dalit Christians and Muslims under the purview of the Scheduled Caste and Scheduled Tribes (Prevention of Atrocities) Act 1989 to offer them additional legal protection and rehabilitation in case of caste-based violence. The second is a review and better interpretation of India’s Freedom of Religion Acts, so that it is neither misused nor misinterpreted.

The UK Foreign Secretary Jeremy Hunt has shown his support to the Open Doors’ research by launching the World Watch List 2019 in January. He also expressed his shock and disappointment with India. “In countries where we might have hoped there wouldn’t be a serious issue, like India, we know that this is becoming a much bigger issue,” he said.

He has also called for an official review to be conducted by the Bishop of Truro, Philip Mounstephen on how the UK can support Christians worldwide. “I want to make absolutely sure when I am meeting a foreign minister, a prime minister or a president in another country, and there’s an issue concerning religious freedom, and in particular the rights of Christians, I want to make sure that it is absolutely on my list of things that I need to raise,” he said.

The Foreign and Commonwealth Office has not reached out to the High Commission of India in the UK in this regard. The Wire has contacted the FCO to enquire if they have initiated any dialogue with India, but is yet to receive a response.