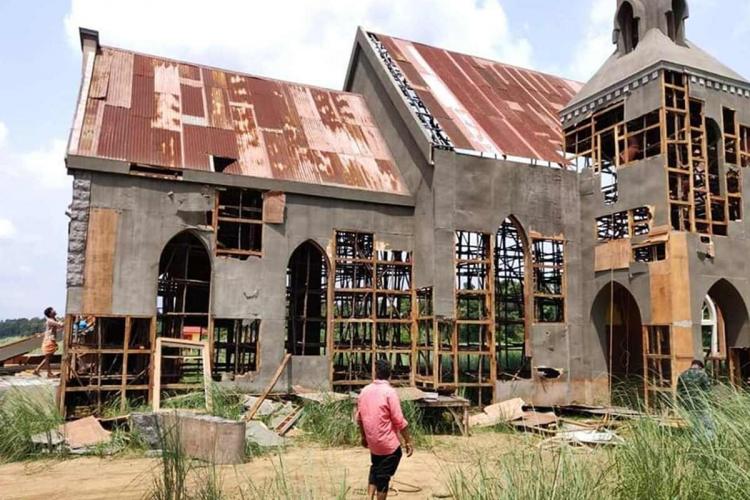 Members of right wing Hindu organisations in Kerala demolished a church set erected for the shoot of a Malayalam film in Kalady, Ernakulam, on Sunday. The set was erected to shoot the climax scene of the super hero film Minnal Murali, directed by Basil Joseph and starring Tovino Thomas and newcomer actor Femina.

Members of the Antharashtra Hindu Parishad claimed that with the help of their sister outfit Antarashtra Bajrang Dal, they demolished the church set, erected on an island on the Periyar river in Kalady. Hari Palode, the General Secretary of AHP, an organisation founded by Praveen Togadia, boasted on Facebook that they were not used to pleading to anyone, and decided to demolish the church set that was constructed near the Adi Sankaracharya mutt.

According to the AHP, the set was constructed without permission, but this claim has been refuted by the panchayat.

Speaking to TNM, Mini Biju, member of Kalady Town panchayat confirmed that the film unit had indeed secured permission from the department before going ahead with the construction of the set.

“They had submitted a letter seeking permission to raise a temporary set. This was back in February before construction began. The panchayat committee had approved this request,” Mini said. 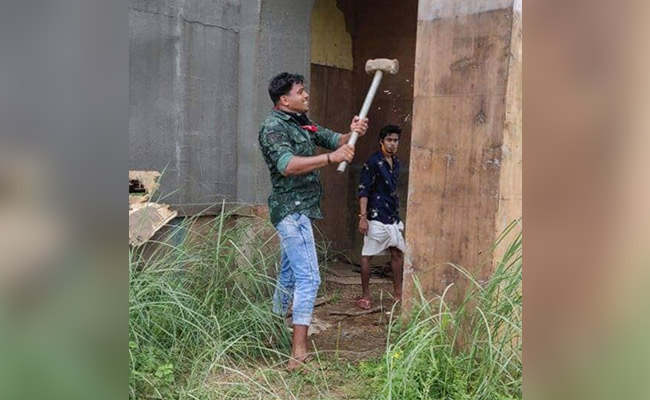 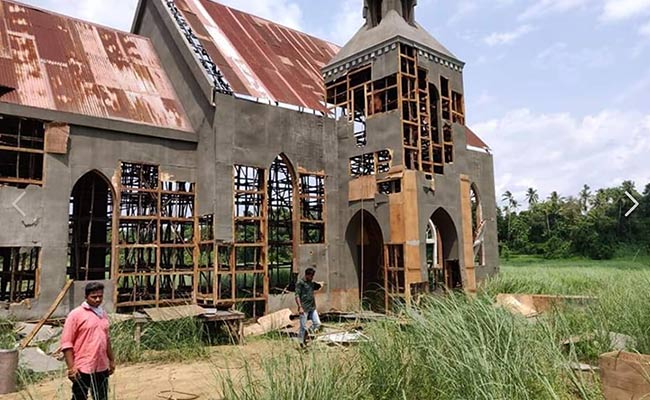 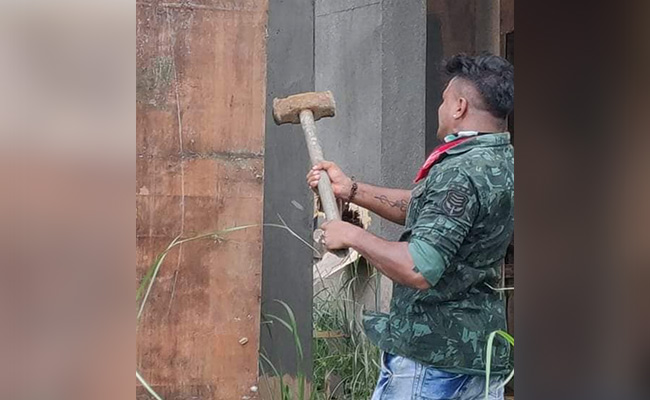 According to Basil, the set which included a ‘church’ and a ‘bell tower’ was built on a sandy stretch of land surrounded by the Periyar river. However, the shooting was postponed due to the lockdown announced on March 24.

“The island has a small temple which held Maha Shivaratri celebrations every year. On the opposite banks of the river is the famous Adi Sankaracharya math. However, we had got official permissions from the local temple, the panchayat as well as the irrigation department in order to erect the temporary set,” Basil told TNM.

The film crew has called the set destruction a colossal loss and heartbreaking.

Minnal Murali is a superhero film starring Tovino and produced by Sophia Paul under the banner Weekend Blockbusters. It is directed by Basil of the Godha and Kunjiramayanam fame.

The producers of the company have now discussed with the Producer’s Guild, AMMA (Association of Malayalam Movie Artists) and FEFKA (Film Employees Federation of Kerala) on the legal action to be taken in the issue, Basil added.

A police complaint will be filed on Monday.

“When they built such a structure in front of the Mahadeva shrine in Kalady, we said no. We had also submitted several complaints. We do not have the habit of pleading. We decided to demolish it. Our self respect must be protected at all cost,” AHP’s General Secretary Hari Palode wrote on his Facebook post along with pictures of members demolishing the set.

The post also credited members of the Anrarashtra Bajrang Dal and its Ernakulam Division President Malayatoor Ratheesh for participating in the ‘service work’ of razing the church set. 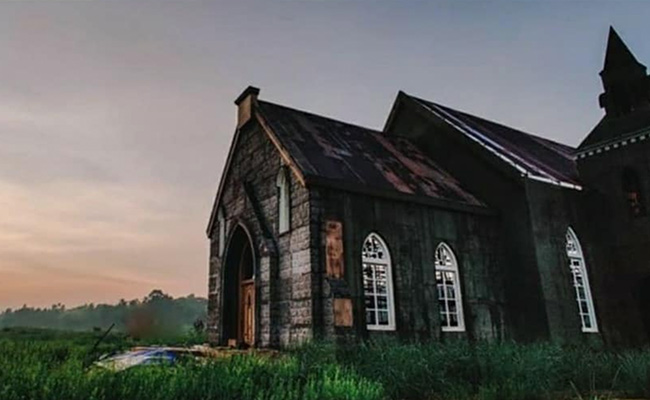 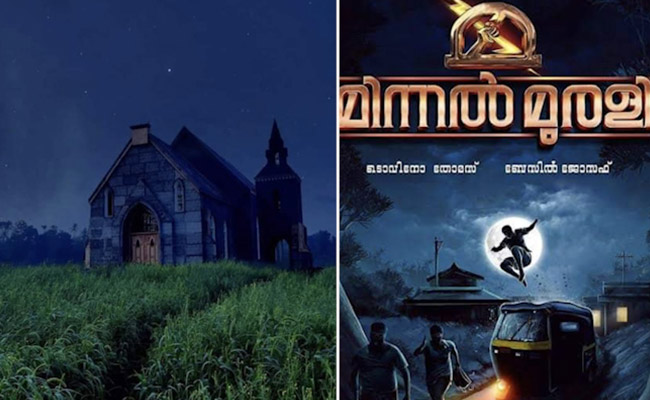