All India Press Trust of India

This web-based tool enables decision-makers in various departments of the government to scrutinise source of foreign funds and their actual use in India, an official statement said. 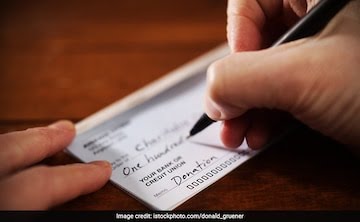 Approximately 25,000 active NGOs and other organisations registered under FCRA.(Representational)

Sign up to receive Persecution Relief Daily News
New Delhi: A Union home ministry-sponsored online analytical tool was launched today to facilitate closer monitoring of the flow and utilisation of foreign contributions received by NGOs and other organisations registered under the Foreign Contribution Regulation Act (FCRA)
This web-based tool enables decision-makers in various departments of the government to scrutinise source of foreign funds and their actual use in India, an official statement said.
The online analytical tool gives them the capacity to take data-driven and evidence-based decisions regarding the compliance of the provisions of the Foreign Contribution (Regulation) Act, 2010, it said.
It has analytical features to conduct big data mining and data exploration. Its dashboard will be integrated with the bank accounts of the FCRA-registered entities through the Public Financial Management System for updation of transactional data on a real-time basis, the statement said.

There are approximately 25,000 active NGOs and other organisations registered under the FCRA. Foreign contributions worth Rs 18,065 crore were received by such organisations for various social, cultural, economic, educational and religious activities during financial year 2016-17.

Each FCRA-registered NGO conducts multiple financial transactions in receiving and spending the foreign contribution. Therefore, there are hundreds of thousands of such transactions annually which can be monitored effectively through this tool, the statement said.

It will, therefore, help the stakeholders in the government to better regulate acceptance and utilisation of foreign contributions, it added.