Christians Forced to ‘Re-Convert’ to Tribal Religion in Central IndiaFour families assaulted and cut off from water, fields.By Our India Correspondent 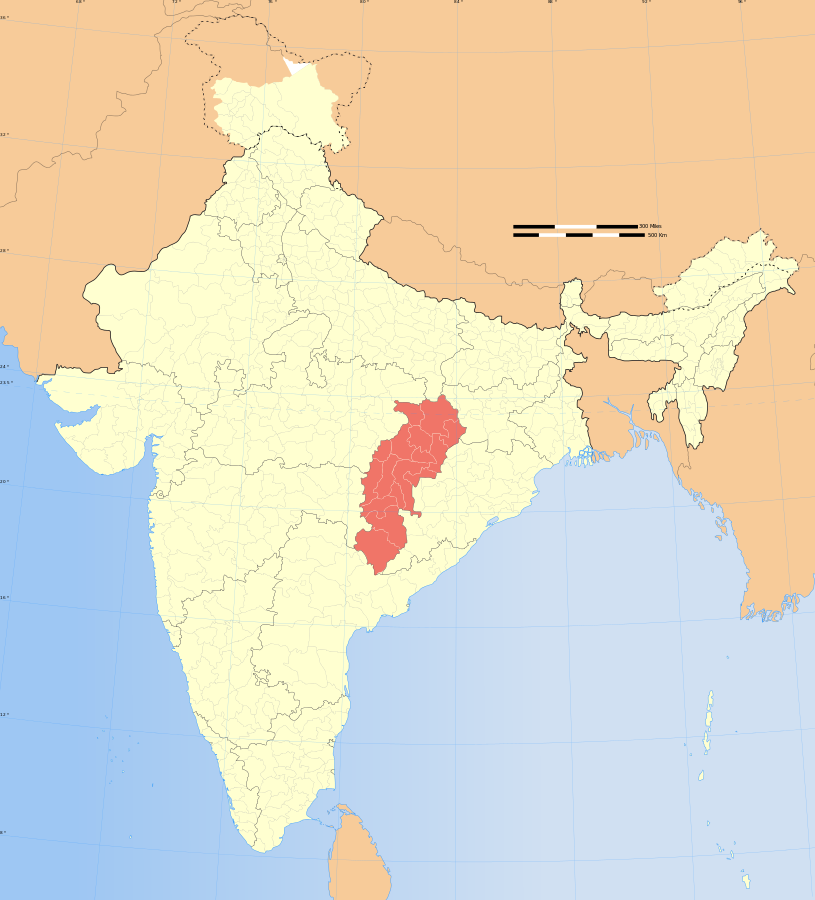 NEW DELHI, April 2, 2021 (Morning Star News) – When followers of tribal deities in central India threatened to kill 10 Christian families if they refused to participate in a “re-conversion” ceremony back to their ancestral religion last month, all but 10 Christians fled the village.

“The village gathering threatened to beat us to death if we did not attend the ceremony,” said Raidhar Nag, 21, one of the Christians who fled Chhingur village, Bastar District in Chhattisgarh state. “They stopped us from fetching water from the village well, obtaining the free government ration or even working in our own fields.”

The mob tracked down the 10 Christians who remained, members of four families, and beat them on two occasions, forcing them to recant and worship their deities in the ceremony on March 10, sources said.

Nag said the village leaders had told the Christians that they would no longer be allowed to live in their houses and must leave the village.

“We fled from the village on the day of the ceremony, everyone in their own direction,” Nag told Morning Star News. “Four Christian families hid themselves in the village itself. The villagers frantically searched for all of us on the day of the ceremony and found the members of the four families. They took them along and forcibly sprinkled some water on them as per the tradition and made them worship the tribal deities.”

Tribal animist Lakhshu Nag had been ill for more than a year, and a few days before his death, he approached Pastor Kashyap for prayer. Nag died in a hospital two days later, and when Christians brought his body back to the village on March 2, Pastor Kashyap said, the villagers refused to allow him to be buried because he had gone to him for prayer.

The villagers assaulted the Christians as they denied Nag a burial place, and when Pastor Kashyap tried to intervene, he too was beaten, he said.

Pastor Kashyap, Senior Pastor Ram Singh of the Methodist Church and other Christians reported the matter to the Darbha police station.

Lalji Sinha of the Darbha police station told Morning Star News that villagers insisted that Lakhshu Nag’s last rites could not be performed in the village, and that his body must be buried at a site for Christians in another village.

After police left, the villagers caught hold of the Christians and assaulted them again, Raidhar Nag said.

“Lakhshu Nag’s deceased body lay in the village the entire day, from March 2 till the morning of March 3, until the police escorted the Christians to carry the mortal remains to village Chaltipadar,” Raidhar Nag said.

Officer Sinha said Lakhshu Nag’s family had no objections to his Christian burial rites at the alternate site.

“The four families resisted as long as they could but ultimately gave in to perform the ‘homecoming’ ritual that was conducted before the village council of four villages,” he said.

Police Response
Pastor Singh, Pastor Kashyap and others on March 12 submitted a complaint at the district collector’s office, the Darbha police station and with the Human Rights office demanding action against the villagers for assaulting and threatening the Christians, ostracizing them and forcing them to worship against their will.

They also demanded that a separate burial land be designated and allotted for the Christian community in Chhingur village.

Police then called the Chhingur Christians to the police station and spoke to them at length, Pastor Singh said.

Sinha, the station officer in-charge, said he had received the written complaint from Christian leaders but that the matter was resolved after officers spoke to both parties.

“We went to the village and made both the parties understand to live cordially, and they have agreed to it,” Sinha said. “Now there is an atmosphere of peace in the village. Talks about a designated place of burial are underway. The investigation is not over yet.”

Asked whether any action had been taken against villagers for the forced re-conversion ceremony, Sinha said it was a matter between the villagers, “and we asked them to sort it out among themselves.”

Raidhar Nag told Morning Star News that police summoned the village head and others to the police station last week. Sinha denied knowledge of the meeting at the station, saying he was away at that time. He said a sub-inspector might have presided over such a meeting, but when Morning Star News tried to contact that officer, he did not respond.

Police have not registered a First Information Report related to the forcible conversion or assaults.

Rising Intolerance
Christian leaders in the Bastar area said they are concerned about rising cases of intolerance and ostracization. The remaining Christians in Chhingur village are facing opposition every day, Pastor Singh told Morning Star News.

“There is tremendous pressure on them to deny their Christian faith,” said Pastor Singh, a resident of a village four miles from Chhingur.

The Rev. Rakesh Dass of Bethel Prarthana Bhawan church in Jagdalpur said that in the past four months, he has heard of one or two anti-Christian cases every month in the Bastar region. Pastor Salim Hakku of Jagdalpur said a wave of forced conversions in the area follows a well-planned strategy.

“I am being informed of many incidents of reconversions taking place in villages of Bastar,” Pastor Hakku said.

A couple in Karlakonta village was forced to leave their home, he said.

“For a long time he stood firm, but then the villagers asked him to give in writing that he would have nothing to do with his land, property, his house and parents,” Pastor Hakku said. “It was then that he fled from their home along with his wife in the middle of the night to avoid trouble, and they have yet not returned.”

The Bastar region, an administrative division of four districts that includes Bastar District, is known as a hotbed for Maoist (Naxalite) activity, and some parts are so remote that police do not venture into them.

Christians have been present in parts of the Bastar area for more than 150 years. The Christian population of Bastar District is 1.98 percent, according to the 2011 Census.