March 9, 2021 By Our Southern India Correspondent – Leave a Comment 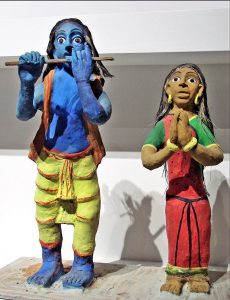 HYDERABAD, India (Morning Star News) – When villagers kept her from harvesting her fields because she had invited a Christian pastor to pray for the harvest, a tribal Adivasi mother in central India went to police thinking officers might help her.

Instead, the police inspector at the Polamballi police station in Chhattisgarh state showed Kanni Barse a section of the Indian constitution, read a few lines from it and asked her if she understood it, she said.

“I replied, ‘No,’” Barse told Morning Star News. “Then he told me that the text from the constitution says that Adivasis cannot convert to Christianity, and that I have committed a huge mistake by adopting a foreign faith. He said that he should book cases against me.”

The Indian constitution guarantees religious freedom, and Barse said she told the officer that she had some education, her husband was a teacher and that she had never heard the text he cited.

“I asked him, ‘What about my life? There is a threat to my life,’” she said. “He said, ‘We can’t take the responsibility of protecting anybody’s life.’”

Three days later, she said, the inspector summoned Barse back to the police station, but when she arrived, she found the village elders and tribal animists surrounding it and did not dare try to enter.

“Afraid of what was happening, I called the inspector on the phone and told him that I will take the complaint back – it is enough if they would allow me to harvest the crop and work at the childcare centere,” she said. “But the officer told me that the village elders said they want to fight this case.”

The tribal animist relatives who had expelled the Christian mother of four from her native Palamadugu village, in Sukma District, threatened to kill her if she returned, she said. The harvest was to feed the family for a year.

“It has been over two months now,” Barse said, tears in her eyes. “The oxen and birds have eaten the grain, and the crop has all got wasted.”

The attempt to obtain police help occurred in early January. Officers at Polampalli police station remained unavailable for comment despite several attempts to reach them.

“Since my husband and I had put faith in Christ because of health issues, we have been shunned by the villagers, who are our own kinsmen,” Barse said. “I worked very hard during the coronavirus lockdown to raise the crop. This field has been a primary source of income to feed my family of six.”

After inviting the pastor to bless the harvest fields, she said, her relatives reviled her in extremely derogatory language.

“They told me that they had been kind enough only to let me work in the fields to feed our stomachs, but they can’t tolerate Christian worship,” she said, “They made accusations that I had defiled the Adivasi land by bringing a pastor to conduct Christian prayer.”

Barse has worked at the rural childcare center teaching and caring for pre-school children for the 20 years. She worked and lived in Palamadugu village, returning to her family in Dornapal village on weekends, until her relatives expelled her from the village in late December.

“They told me that they would chop me into bits and pieces if they see me again at the childcare center,” Barse told Morning Star News. “My sister’s family did not allow me to stay in Palamadugu and were forcing me to leave for Dornapal, where my husband and children reside.”

She asked her nieces to allow her to stay, as she desperately needed the income from her job in the village, she said. She used that income to pay for medical care of her husband, whose seizures have kept him mostly unemployed since 2007, and the needs of her children, ages 3, 6, 13 and 15.

“To our shock, we heard a knock in the middle of the night yelling my name,” Barse told Morning Star News. “Afraid that I will be killed if I stayed there any longer, my mother and sister insisted that I must leave the village.”

Kinsmen in Palamadugu arranged for Maoists known as Naxalites to kill an uncle and a brother for reasons unrelated to faith, and in February two other relatives were found murdered, she said.

“If they vow to kill, they will surely kill the person,” Barse said. “They are staunch, stone-hearted Adivasis.”

When Barse delivered a hand-written complaint to police, she notified them that she and her husband had accepted Christianity in 2016, and that since then her husband’s health had steadily improved, she said.

“I requested the officers in Polampalli police station to not book any cases and only make my relatives understand that I have accepted Christian faith for my own personal reasons, and that I have nothing against their practices, but I should only be allowed to work and practice my faith,” Barse said.

A Chhattisgarh attorney allied with legal advocacy group Alliance Defending Freedom India advised her to apply with the district child development officer for a transfer to a post with the childcare center in another village since there is a threat to her life in Palamadugu, Barse said.

She submitted the request on Feb. 8, and on March 1 she inquired whether there was any decision.

“I was told that the officer was on vacation and would only go through my application after he assumes his duties,” she said.

Barse, 35, requested prayer for her family and job. A nearby school has allowed her husband to teach a few subjects that, because of the coronavirus pandemic, are carried out online.

“But the school management told us that they can’t continue it for very long because of his health issues, and that they do not want him to teach in a physical set-up, where children can get intimidated watching him suffer seizure attacks,” she said.