Assam: Dibrugarh Police arrests one for “misuse” of cultural creations of Srimanta Sankardev 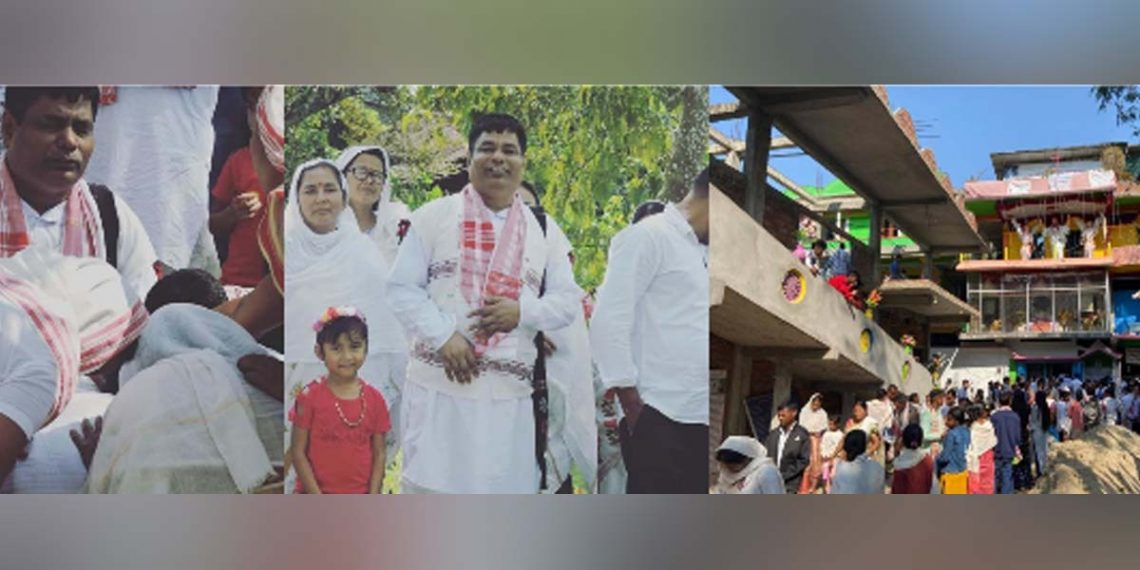 Dibrugarh Police has arrested one person for “misuse” of cultural creations of Srimanta Sankardev and presentation of Assamese culture in the distorted form.

The arrested person has been identified as Ranjan Chutia, a resident of Moran.

He was arrested on Wednesday on the basis of a complaint filed against him.

As the video went viral on social media, the Srimanta Sankardev Sangha and the Borduwa Thaan authority expressed strong reactions and sought action against Ranjan Chutia.

Talking to this correspondent, Dibrugarh additional superintendent of police (HQ) Bitul Chetia said, “We have arrested Ranjan Chutia on the basis of a complaint lodged against him for misusing other religious beliefs and traditions.”

“He is under medical treatment at AMCH for Covid. We have registered a case against him and our investigation is on,” the police officer said.

“Ranjan Chutia and his companion started a prayer house named ‘World Healing Prayer Centre’ in Moran a few years ago. People come to his centre for treatment,” said Chetia.

Meanwhile, the Hindu Yuba Chatra Parishad reacted strongly against such activities and warned the leader of the organisation to refrain from the same.

“It is a tactic used for conversion. It is an attack on our religion. We would not let anyone play with our religion and its belief,” said a member of the Hindu organisation.