A society not vigilant will lose liberty: Chelameswar 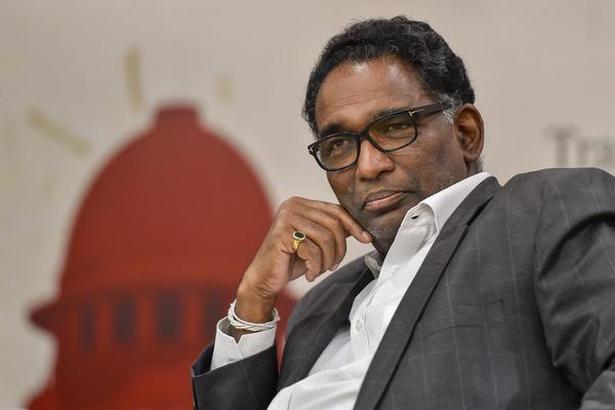 Chelameswar says civil society has a crucial role to play

Justice Jasti Chelameswar, the number two judge of the Supreme Court, warned on Friday that societies that are not vigilant risk losing their constitutionally guaranteed liberties.

“It is the role of civil society to constantly keep a vigil on all the activities of the state: be it the Executive, Legislative or Judicial activity. Judiciary is not apart from the state; it is part of the state,” said Justice Chelameswar.

He was speaking on ‘Role of the Civil Society in a Democracy’ at an event held in the city to mark the 90th anniversary of the Andhra Chamber of Commerce.

“Because ultimately, it is your liberties, my liberties which are in peril if any one of these bodies do not discharge their duties under the Constitution. Liberties belong to the bold: the timid and cowardly will not enjoy liberties. They are simply going to lose them in no time, unless you are constantly vigilant about it. Unless you constantly assert your constitutionally-guaranteed freedoms, you will not retain them for a long time,” he said. “A lot of societies lost them because people were not vigilant about it. Then, a lot of churning and a lot of bloodshed come back. That’s avoidable. If society is wise, if it is vigilant, if it constantly makes an assessment of what is going on in the government, all these three great branches of the Constitution, their liberties are safe,” he said.

Justice Chelameswar was the seniormost among the four judges of the SC who took the unprecedented step of holding a press conference on January 12 to talk about the selective allocation of cases by Chief Justice Dipak Misra. He is due to retire on June 22. During an interaction with members of the audience, the judge declined to answer various questions by saying, “20 more days” because those issues were being considered by the SC.

“So long as the debate continues, that is good. If the debate stops, that is the danger signal. Keep the debate alive….If your children and grandchildren are to live with dignity in this country, you need a democratic form of government. You need an independent Judiciary. You need a good Parliamentary system…,” he said in his speech. The basis of Constitutional Law was in the need to check the concentration of power in the hands of a few. “The whole idea of establishment of the Supreme Court or the High Courts is not to glorify the Chelameswars or the XYZ judges of this country. The idea is to protect the people against Executive or Legislative abuse of power,” he said.